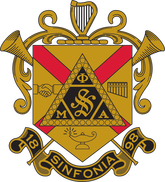 About the Theta Phi Chapter 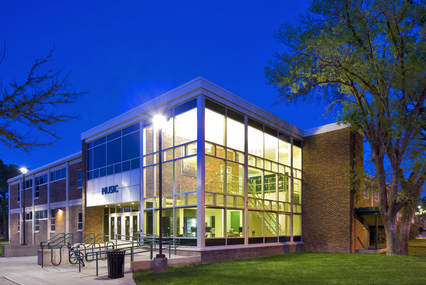 Theta Phi was chartered on May 15, 1960, 28 members were initiated into Phi Mu Alpha Sinfonia Fraternity of America.  Theta Phi was represented well on campus over the next many years.  Ten years later, Theta Phi was still nineteen members strong.  There is little documentation on Theta Phi throughout the years.  Besides a group picture in most copies of yearbooks, we have very little documentation of their existence on campus.  Beginning in the mid-seventies, Phi Mu Alpha began to go missing from years in the yearbook.  We are not sure why this happened, but we do know that the last year Theta Phi was documented on campus was in 1980.  One of our alumni recently contacted us stating he was initiated in one of the last pledge classes, which was either Fall of 1975 or Spring of 1976.

In May of 2009, we had a chance to send in our application for Phase I of colonization.  We were fortunate to receive colonization status.  Soon after the Fall 2009 semester began, we quickly began to schedule our busy action items list.  Over the course of the Fall semester, we worked very diligently on completing the list of Activity Guidelines.  We petitioned for Phase II in December 2009, and were asked to continue improving our petition.  We repetitioned in May 2010 and were accepted into Phase II of the colonization process.  It was a learning experience for all of us.  We  learned our strengths, and also our weaknesses.  We have learned to work as one and to depend on each other.  Each one of us sacrificed many hours of our lives to make this happen here at Eastern.

Brothers of Theta Phi are involved in a number of ensembles and other organizations and happenings around the Eastern New Mexico University campus.